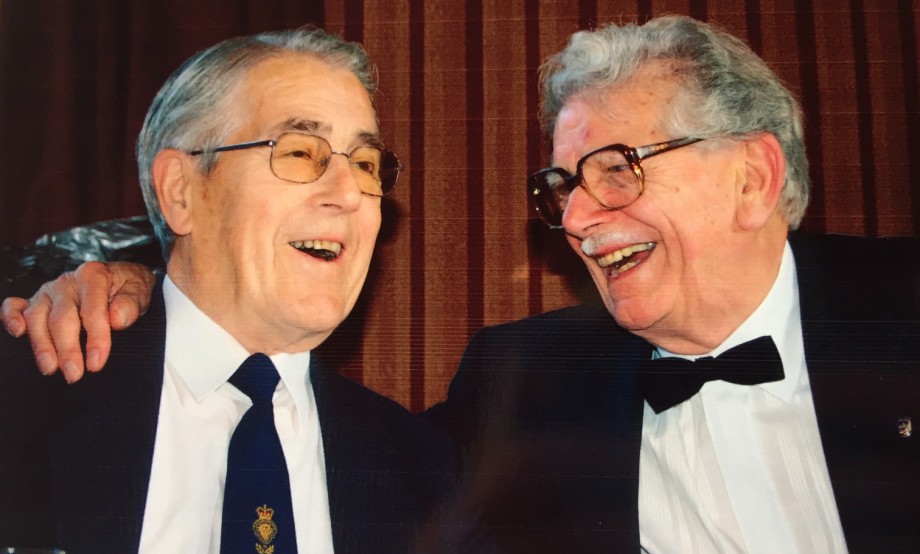 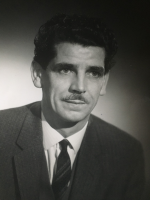 The story of Bryn's life was given to the SFTBA by his daughter Samantha Smithurst.

Bryn was born in Morley, Leeds in 1921, the eldest of four children to Annie Ward, a woollen cloth weaver and Percy Mills, a coal miner. Bryn was big brother to Eric, Roy and Ella. He was named Bryn after a welsh rugby player named Bryn Williams that his father had seen play at a rugby match in the nearby town of Batley. When his birth was registered the registrar said he was the first child born in Yorkshire to be given that name.

Whilst young, Bryn learnt to play the piano and was taught by a lady who lived nearby. He told me he used to have to balance coins on his hands to learn the correct position for playing. He also recalled learning a verse which he had to read out to everyone at the church.  It went like this:

‘I picked these ferns so fresh and green,

as in the woods today were seen,

and asked the loving saviour mild

to take this gift from his loving child’.

Dad passed the entrance exam for the local Grammar School and attended there for a couple of years.  Whilst there he told me he was asked to his first ever dance by a girl named Alice, Laura, Mary Appleyard who obviously made an impression on him. As times were hard, he had to leave school early to find employment.  He applied for his first two jobs and was offered both; one in an accountants and one in a boot-makers.

Another of his early jobs was working as a dyer/chemist in a textile dye-house in Brighouse, which started his journey in textile dyeing and carpet manufacture.

Dad also used to play the piano at many of the local dances that his father organised in town and would collect the entrance money at the door for his father.  Around this time, he met his late wife Joyce, who was working in the area but originally from the North East.

In 1939 World War II began and in his spare time dad was a Gas Identification Officer.  This involved him wearing a belt which held various test tubes with chemical reagents in.  At one point, the company he worked for were involved in the dyeing of wool for armed forces uniforms.

In 1941 Bryn joined the RAF and attended training in Blackpool as an Airman, before being posted to RAF Leuchars air station in Fife, Scotland.  He had been interested in training as a pilot but his father sent him a letter and forbade it, so he became a Wireless Operator instead.  He used to plot the points of sea vessels and aircraft locations and guide the planes safely home back over the North Sea, sometimes on one engine or after having been hit by gunfire.  He said he was told that he was the best at Morse code, due to his piano playing skills.

Dad’s two brothers were also in the military at the time. His brother Eric who was in the First Airborne Division and in 1944 parachuted in to Arnhem, then later in 1945 was among the first troops who arrived to liberate Norway from German occupation.  There Eric he met his wife Astri and in 1950 settled there and raised his family.  After the war, dad frequently went on trips to Norway to visit his brother and family in Stavanger.

Whilst in the RAF, Bryn was posted to India at Chaklala airbase in Rawalpindi, Punjab province (which is now in Pakistan).  He was part of the demobilisation party there and during time off once saw Ghandi in a nearby town, sitting on the floor surrounded by followers.  He also met up with his brother Roy in India, who was a Staff Sargeant in Lord Mountbatten’s group in Delhi. By this time, dad was in the rank of Leading Aircraftman (LAC) and served in the RAF until April 1946, when he was released to take up employment in the textile industry once again.

Dad returned to the dye-house where he had been previously working and succeeded the manager who had been injured in the war, gaining valuable managerial experience.  He later gained employment in Kidderminster, in carpet manufacturing and was then offered a job with another company to set up a carpet factory in South Africa.

I remember him telling me that he was walking along the street and a gentleman stopped him and said, “we were hoping you would have applied for the job”.  Dad told them that was because he wasn’t looking for a job and was then offered an interview.  Later that evening he returned to the hotel where he and Joyce had been staying and said, “Pack your bags, we’re going to South Africa!”. They lived in Isipingo, south of Durban in KwaZulu-Natal, for several years and although under apartheid, Dad and Joyce showed the natives much compassion, so much so that one of dad’s employees, Rufus Kolade named his son and daughter Bryn and Joyce after them both.  Dad was also involved in setting up a performance group called: Love, Lyrics and Laughter.  This involved them putting on performances and involved much piano playing and frivolity.

They returned to the UK by boat in the 1950’s and initially lived in Leek, where Dad met his close friend Pawel Foster.  They played together in the chess league there.  Dad also worked in Ireland for a short time before moving to Ayrshire to work for Gray’s, initially living in Prestwick but then in 1956 settling in Alloway, Ayr.  He acquired two spaniels who he was extremely fond of and often took them on walks down by the River Doon near where he lived.

He worked for Gray’s of Ayr, Carpet Manufacturers and became good friends with the managing director at the time, Major General Sir Colin Mcvean Gubbins KCMG DSO MC (who was the Executive Head of Special Operations Executive in WWII (SOE).  Later, dad became Managing Director of Gray’s Carpets and Textiles. He was involved with Professor Dry who developed a breed of sheep in New Zealand, with hardy wool, that was suitable for carpet weaving rather than the softer wool fibres from the native sheep there that could only be used for worsted cloth for suits and clothing.  He was involved in setting up one of the first carpet factories in New Zealand and also Tasmania.  I recall him telling me he was once being driven in a limousine in Tasmania with a flag on the front and flanked either side by a police escort and having to give an address to politicians and dignatories.  As a result, dad was lucky enough to have several round the world trips on business.

Dad was also heavily involved with the Round Table and later, the 41 Club in Ayr and became a Past Chairman of both.  He told me he was one of the 7 founding members in the area and continued to attend meetings right up to his late 80’s.

Gray’s carpets continued to trade until 1971 when the factory closed.  Dad then became self-employed and set up a carpet factory in Nelson, Lancashire along with colleagues from Denmark. At the time he stayed in Barnoldswick and became good friends with his neighbours across the road, Frank and Barbara.  He also met my mum around this time.

For many years Dad volunteered at the Ayr hospital as volunteer co-ordinator and set up a volunteer shop in the hospital with Joyce.  Due to it’s success, he was then asked to do the same at the Biggart Hospital in Prestwick.  Dad held the post of volunteer co-ordinator for over 55 years and organised over 100 volunteers to run various operations throughout the hospital including the shop, the Buttery café and the confectionery trolley. In doing so they raised much needed funds to improve the hospital environment and for items and equipment to support patients and their families whilst there.

In his later years, Dad also had a part-time job working at Ayr Racecourse for a while, organising ticket sales and staff.  He also appeared on television on the BBC programme ‘Flog it!’ when they visited the nearby town of Kilmarnock.

As a result of his years of volunteering he was nominated for the Volunteers award in the 2008 Scottish Health Awards and was a finalist that year.  He was later invited to a lunch with the Queen and Prince Philip in Glasgow, sitting at their table with them.  Dad was nominated again in 2010 when he was named winner of the Volunteers award.  He attended a lavish awards ceremony in Edinburgh and was presented with his award by MP Nicola Sturgeon who was a government minister at the time.

Later that year he also won an award from NHS Ayrshire and Arran, Ayrshire Achieves Awards 2010 and was presented with the Volunteer of the Year award.

Dad decided to retire from volunteering after 20 years at the Biggart and a few months later in October 2010 moved to Trawden in Lancashire to be closer to family; his daughter Samantha, son-in-law Phil and his two grandchildren, Ewan and Leila.  He spent many happy years there and was always very grateful for being able to spend this time with us.

Whilst there he continued to play his piano, play chess, complete crossword and Sudoku puzzles, was a keen gardener and bird watcher and even took up painting for a short while before his dementia progressed.

He had a wonderfully full and long life and will be sadly missed by many, especially his family and friends. 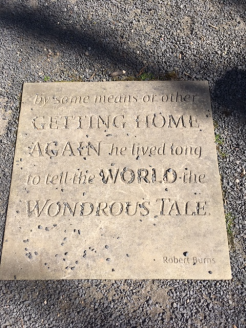